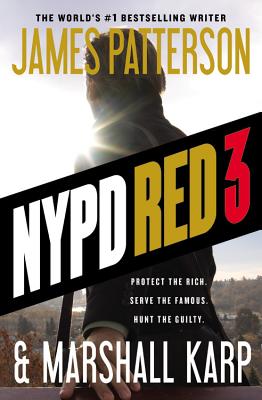 By James Patterson, Marshall Karp
$15.99
Backordered or Out of Print

In James Patterson's sensational mystery, NYPD Red discovers a chilling conspiracy that terrifies the city's most powerful.
NYPD Red is the elite, highly trained task force assigned to protect the rich, the famous, and the connected. And Detective Zach Jordan and his partner Kylie MacDonald-the woman who broke his heart at the police academy-are the best of the best, brilliant and tireless investigators who will stop at nothing to deliver justice.
Zach and Kylie's New Year's celebrations are cut short when they're called to the home of billionaire businessman Hunter Alden, Jr. after he makes a grisly discovery in his townhouse garage. When Alden's teenage son goes missing soon afterwards, and his father seems oddly reluctant to find him, Zach and Kylie find themselves in the middle of a chilling conspiracy that threatens everyone in its wake-especially their city's most powerful citizens.
NYPD Red 3 is the next sensational novel in James Patterson's explosive new series, a thriller that goes behind the closed doors of New York high society and into the depths of depravity.

"Thrillers don't get a whole lot more entertaining than NYPD Red....With its nonstop action and its wicked wit, it's as much fun as your favorite summer blockbuster."—::, NightsandWeekends.com