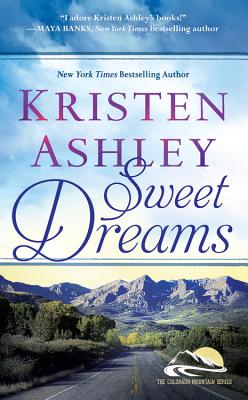 By Kristen Ashley
$7.99
Email or call for price

This is book number 2 in the Colorado Mountain series.

She's ready for the ride of her life . . .
Lauren Grahame is looking for her bit of peace. After leaving her cheating husband, Lauren moves to Carnal, Colorado, and gets a job as a waitress in a biker bar called Bubba's. It's a nothing job in a nowhere joint . . . until Tatum Jackson walks in. Lauren has never seen a man with such looks and attitude. But Tate does something Lauren doesn't much like and she doesn't want anything to do with him. Too bad for Lauren he's also the bar's part-owner and bartender.
When the rough-around-the-edges Tate meets the high-class Lauren, he thinks she won't fit in at Bubba's. Yet there's more to Lauren than meets the eye, and Tate soon sets his mind on claiming her as his own. Before long, they can't deny the attraction that's pulling them together. But when violence strikes the town, threatening the women in it, their sweet dreams may come to an end.

"I felt all of the rushes, the adrenaline surges, the anger spikes... my heart pumping in fury. My eyes tearing up when her my heart (I mean... her heart) would break." (On Motorcycle Man)—Maryse's Book Blog, Maryse.net