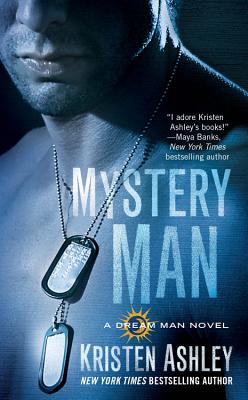 By Kristen Ashley
$8.99
Email or call for price

This is book number 1 in the Dream Man series.

Night time is the right time...
Gwendolyn Kidd has met the man of her dreams. He's hot, he's sexy, and what started as a no-names-exchanged night of passion has blossomed into a year and a half-long pleasure fest. Sure, it's a little strange that he only appears in her bed at night, but Gwen is so sure he's the one, she just can't turn him away...

Hawk Delgado knows more about Gwen than she could ever imagine. She's gorgeous, headstrong, and skittish about relationships. But Hawk is facing his own demons, demons that keep him from connecting with anyone. Yet when Gwen is drawn into Denver's lethal underground scene, Hawk's protective nature comes out full force. The problem is, when Gwen gets a dose of Hawk's Alpha attitude in the daylight, she's not so sure he's the one anymore.

"I felt all of the rushes, the adrenaline surges, the anger spikes... my heart pumping in fury. My eyes tearing up when my heart (I mean... her heart) would break." (On Motorcycle Man)—Maryse's Book Blog, Maryse.net