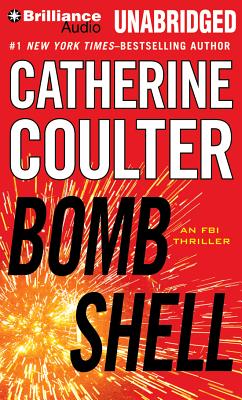 By Catherine Coulter, Renee Raudman (Read by), Paul Costanzo (Read by)
$39.97
Email or call for price

The number-one "New York Times" bestselling author is back with an electrifying new entry in the FBI series featuring Dillon Savich and Lacey Sherlock.

FBI Special Agent Griffin Hammersmith, last seen in Backfire, has been recruited by Dillon Savich to join his unit in Washington, D.C. Savich sees something special in Hammersmith, an almost preternatural instinct for tracking criminals.

While on his way to D.C., Hammersmith plans to visit his sister, Delsey, a student at Stanislaus School of Music in Maestro, Virginia. Before he arrives, he gets a phone call that Delsey has been found naked and unconscious, lying in a pool of blood, after a wild party. The blood isn t hers so to whom does it belong? Griffin must protect Delsey, but from whom?

Meanwhile, back in D.C., FBI Agents Savich and Sherlock have their hands full when the grandson of a former Federal Reserve Bank chairman is found murdered, every bone in his body broken, his corpse frozen at the foot of the Lincoln Memorial. Was it revenge against his grandfather for the banking crisis, or something more insidious and personal?

It's a bitter winter, and in the endless cold, evil lurks.