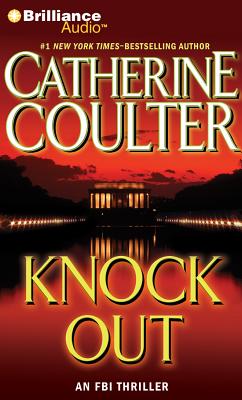 This is book number 13 in the FBI Thriller series.

The first time she spoke to him was at midnight.

Seven-year-old Autumn Backman needed a hero. When she saw Special Agent Dillon Savich on TV after he'd brought down bank robbers in a Georgetown bank, she knew she'd found him. She called Savich, but she didn't use the phone.

They were burying dead people in my daddy's grave . . . they're coming after us. Please help me.
Who's they?
Blessed, he's coming.


Ethan Merriweather, sheriff of Titusville, Virginia, a small mountain town near the Titus Hitch Wilderness, goes looking for a missing little girl. Soon after he finds her, Ethan realizes that Autumn has brought him a huge problem - a relentless madman who has the ability to control others simply by looking at them. And the madman is after her and her mom.

It's Uncle Blessed, and he wants Autumn.

When Savich answers Autumn's call, she tells him Blessed is from Bricker's Bowl, Georgia. Savich and Sherlock go to Blessed's home, learn about his brother, Grace, and meet their mother, Shepherd. Savich soon realizes the only way to stop Blessed is to "cut off the snake's head."

Back in Titusville, Ethan, Autumn, and her mother, Joanna, are forced to hide from Blessed and Grace in the wilderness. Ethan knows the brothers will never give up their insane pursuit for Autumn.

It's a race to stop the madness, or the madness will destroy them all.