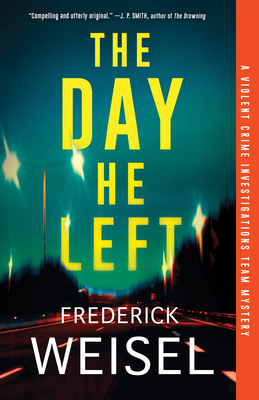 This is book number 2 in the Violent Crime Investigations Team Mystery series.

After he was gone, the only things left behind were secrets

Annie has fallen out of the habit of listening to her husband. She and Paul have been married for a long time; it's easy to nod as he drones on, responding to his voice while completely ignoring every word he says. That becomes a problem, of course, when Paul disappears and the police have questions. Was Paul having issues at work? Is there any reason to think he might harm himself? Annie doesn't know.

An unsettling photo found amongst Paul's things turns the investigation toward his job as a middle school teacher and a troubled girl who is hiding secrets of her own. But what exactly happened to Paul on the day he left for work and never made it to the classroom? Is his disappearance related to a local heroin trafficking operation? As Eddie Mahler and the members of the Santa Rosa Violent Crime Investigations Team rush to find the teacher, they discover the members of his family have hidden lives of their own, and that Paul may not have been running away but toward something that could ruin his career and marriage—and even cost his life.

"An excellent police procedural...get in on the ground floor with this series. You won't be sorry." — Dana Stabenow, author of the award-winning, bestselling Kate Shugak series

"Compelling and utterly original, both as a procedural and a novel of human frailty, Frederick Weisel’s The Day He Left begins as a missing-persons investigation that blossoms into a much larger story touching all of the players, detectives, and survivors alike: a novel written with remarkable compassion and understanding." — J.P. Smith, author of The Drowning

"Frederick Weisel expertly weaves together an intriguing cast of characters in The Day He Left, pulling us along for the ride at breakneck speed. Atmospheric, peppered with humor, laced with suspense, this story kept me on my toes until the very last page." — Gina LaManna, USA Today bestselling author

"A beguiling mix of literature and crime." — Booklist

"The word-for-word writing in the novel is flawless. The suspense is handled well." — Criminal Element

"An interesting police procedural that will give fans of the genre a new team to get excited about. [The Day He Left] is a well-paced and intriguing story." — The Parkersburg News and Sentinel