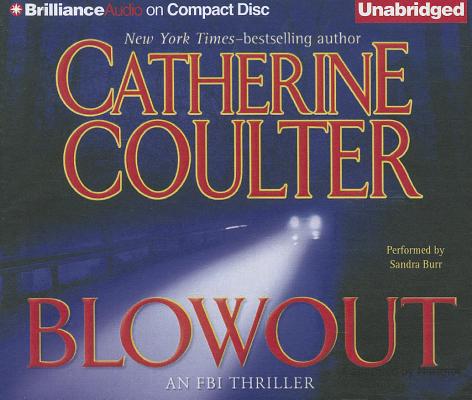 By Catherine Coulter, Sandra Burr (Read by)
Email or call for price.
Hard to Find

This is book number 9 in the FBI Thriller (Audio) series.

A long weekend in the Poconos is cut short when Sherlock and Savich are helicoptered back to Washington to lead the investigation into the brutal murder of a Supreme Court Justice.

Savich allows Callie Markham, an investigative reporter for The Washington Post, to partner with local Metro Police liaison Ben Raven, since she's got the inside track--she's the stepdaughter of the murdered justice. Despite Detective Raven's unwillingness to have a civilian along, Callie Markham ends up riding shotgun to help look for her stepfather's murderer.

Within the next twenty-four hours, a Supreme Court law clerk is found murdered, the M.O. the same.

Savich learns he must also solve a thirty-year-old crime after a psychic encounter with the murder victim, Samantha Barrister, who suddenly appears in front of his car and hysterically pleads for his help. Savich and Sherlock discover that at the time of her death Samantha had a six-year-old son, who disappeared as a teenager. Savich is convinced the missing boy is the key.

In Blowout, Sherlock and Savich are faced with two of the most baffling and shocking cases of their careers.