Children of Uncertain Fortune: Mixed-Race Jamaicans in Britain and the Atlantic Family, 1733-1833 (Published by the Omohundro Institute of Early American Histo) (Hardcover) 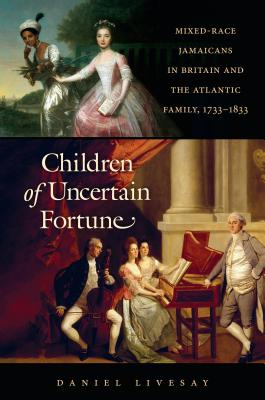 By Daniel Livesay
$45.00
NOT ON OUR SHELVES- available for order, usually ships in 1-5 days

By tracing the largely forgotten eighteenth-century migration of elite mixed-race individuals from Jamaica to Great Britain, Children of Uncertain Fortune reinterprets the evolution of British racial ideologies as a matter of negotiating family membership. Using wills, legal petitions, family correspondences, and inheritance lawsuits, Daniel Livesay is the first scholar to follow the hundreds of children born to white planters and Caribbean women of color who crossed the ocean for educational opportunities, professional apprenticeships, marriage prospects, or refuge from colonial prejudices.