Secrets of the Lighthouse: A Novel (Hardcover) 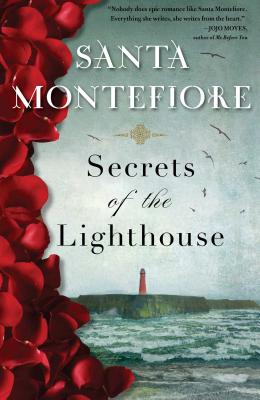 By Santa Montefiore
Email or call for price.
Special Order

Set in Ireland on the wild coast of Connemara, this hauntingly romantic novel tells the story of a young woman who goes in search of her family’s past and ends up discovering her future.

Ellen Trawton is running away from it all. She hates her job, she doesn’t love the aristocratic man to whom she is engaged, and her relationship with her controlling mother is becoming increasingly strained. So Ellen leaves London, fleeing to the one place she knows her mother won’t find her, her aunt’s cottage in Connemara. Cutting all her ties with chic London society, Ellen gives in to Ireland’s charm and warmth, thinking her future may lie where so much of her past has been hidden. Her imagination is soon captured by the compelling ruins of a lighthouse where, five years earlier, a young mother died in a fire.

The ghost of the young wife, Caitlin, haunts the nearby castle, mourning the future she can never have there. Unable to move on, she watches her husband and children, hoping they might see her and feel her love once more. But she doesn’t anticipate her husband falling in love again. Can she prevent it? Or can she let go and find a way to freedom and happiness?

The ruggedly beautiful Connemara coastline with its tightknit community of unforgettable characters provides the backdrop for this poignant story of two women seeking the peace and love they desperately need. For each, the key will be found in the secrets of the past, illuminated by the lighthouse.

Santa Montefiore’s books have been translated into more than twenty-five languages and have sold more than six million copies in England and Europe. She is married to writer Simon Sebag Montefiore. They live with their two children, Lily and Sasha, in London. Visit her at SantaMontefioreauthor.com.

"Nobody does epic romance like Santa Montefiore. Everything she writes, she writes from the heart."
— Jojo Moyes, author of The Girl You Left Behind

"With a brooding hero, dark secrets and a jealous, ghostly narrator, this modern gothic is a blood-tingling good read."
— People

"A love story with so many layers that perhaps it's best to call it a story about love."
— Kirkus Reviews

"A story of history, fate, and second chances...captivating, enchanting."
— Booklist

"A delightful romantic tale that is laced with mystery and a bit of the supernatural, which really makes this storyline pop...intrigue, drama, and romance, along with alluring backdrops--all pluses in my book."
— Book Reporter

"A lyrical novel rich with ghostly beings, love, and loss set along the idyllic Connemara coastline of Ireland."
— Publishers Weekly