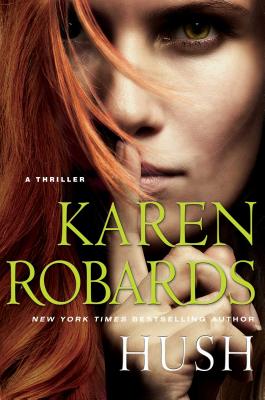 By Karen Robards
Email or call for price.
Hard to Find

In New York Times bestselling author Karen Robards’s latest heart-pounding thriller, a woman must uncover a murderer—or risk being the next victim of a vicious killer.

When Riley Cowan finds her estranged husband Jeff dead in his palatial home, she’s sure it’s no coincidence. The police rule it a suicide, but Riley thinks someone’s out for blood—specifically someone Jeff’s father ripped off in one of the biggest financial fraud cases of all time. She suspects that someone is trying to send a message to Jeff’s father: Tell me where the money is, or everyone you care about will die.

Enter Finn Bradley, an FBI agent with a dangerous secret. He's after the money too, and Riley quickly becomes his chief suspect. But when someone tries to kill her, he has no choice but to protect her until he can uncover the truth. The question becomes, can they discover the killer’s identity in time, before he resurfaces—and strikes again?

Dubbed an “exceptional storyteller” by the Chicago Tribune and “one of the most popular voices in women’s fiction” by Newsweek, Karen Robards’s latest action-packed novel will keep you glued to the pages until the final, shocking conclusion.

Karen Robards is the New York Times, USA TODAY, and Publishers Weekly bestselling author of more than fifty books and one novella. Karen published her first novel at age twenty-four and has won multiple awards throughout her career, including six Silver Pens for favorite author. Karen was described by The Daily Mail as “one of the most reliable thriller...writers in the world.” She is the mother of three boys and lives in Louisville, Kentucky.