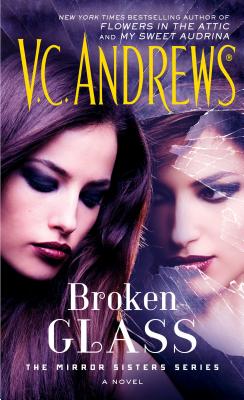 This is book number 2 in the The Mirror Sisters Series series.

This second gothic novel in the dark Mirror Sisters trilogy continues the tale of sisterly love at its absolute worst—from the legendary New York Times bestselling author of Flowers in the Attic and My Sweet Audrina (now Lifetime movies). For fans of Ruth Ware (In a Dark, Dark Wood) and Liane Moriarty (The Husband’s Secret).

Sisters until the end...

Which may come sooner than they think.

Under their mother’s watchful eye, identical twins Haylee and Kaylee Fitzgerald have lived their entire lives in sync. Never alone, never apart, everything about them must be exactly the same: clothes, friends, punishments.

One night, in the darkness of a movie theater, Haylee reveals that she’s leaving to meet up with someone she knows from online. But suddenly feeling ill, and not wanting to disappoint this older man, she convinces Kaylee to go in her stead. He’ll never know, and this way he won’t think she stood him up.

Kaylee reluctantly agrees to go, but when the credits roll and she’s nowhere to be found, Haylee confesses everything to her mom. With the manhunt on, Haylee knows everything must be done to find her sister. Still, for the first time in her life, she’s free from her twin, which, really, isn’t so bad...is it?