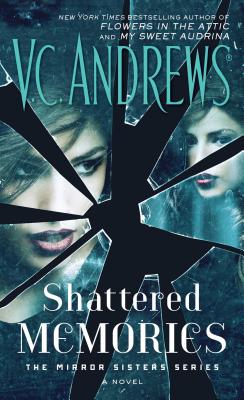 This is book number 3 in the The Mirror Sisters Series series.

In this finale of the darkly gothic Mirror Sisters trilogy, one twin fears her reunion with sister dearest—from the legendary New York Times bestselling author of Flowers in the Attic and My Sweet Audrina (now Lifetime movies). For fans of Ruth Ware (The Woman in Cabin 10) and Liane Moriarty (Big Little Lies).

As identical twins, Haylee and Kaylee Fitzgerald have always done things in exactly the same way. Under their mother’s guidance their every outfit, every meal, and every thought was identical.

But now things are different.

With Kaylee back at home after her sister's betrayal, her life has been turned inside out. Both her mother and Haylee are away and Kaylee’s alone and more lost than ever. Her father suggests going to a new school where she can have a fresh start, and where no one will know about her dark past. But if Kaylee knows her sister at all, she knows that her twin isn’t through with her yet…

One of the most popular authors of all time, V.C. Andrews has been a bestselling phenomenon since the publication of Flowers in the Attic, first in the renowned Dollanganger family series, which includes Petals on the Wind, If There Be Thorns, Seeds of Yesterday, and Garden of Shadows. The family saga continues with Christopher’s Diary: Secrets of Foxworth, Christopher’s Diary: Echoes of Dollanganger, and Secret Brother, as well as Beneath the Attic, Out of the Attic, and Shadows of Foxworth as part of the fortieth anniversary celebration. There are more than ninety V.C. Andrews novels, which have sold over 107 million copies worldwide and have been translated into more than twenty-five foreign languages. Andrews’s life story is told in The Woman Beyond the Attic. Join the conversation about the world of V.C. Andrews at Facebook.com/OfficialVCAndrews.