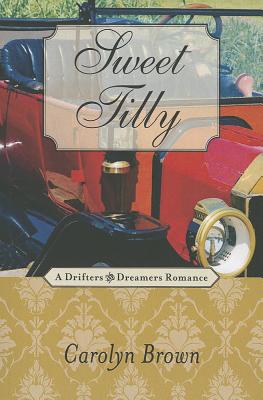 By Carolyn Brown
$12.95
Backordered or Out of Print

Matilda Jane Anderson drives a brand new 1917 Model T with Sweet Tilly painted on the heavy metal plate covering the radiator. Tilly doesn't care what people say. Well, until she finds herself put behind bars by a new sheriff determined to confiscate her automobile and her property.

Sheriff Rayford Sloan cleans up boom towns. He drifts in and works at getting rid of moonshiners, putting brothels out of business, generally making a place where men folks can bring their families. He drifts out when his job is done. Tilly Anderson gets under his skin from the beginning. He can't prove she's a moonshiner, but his gut feeling keeps telling him she most certainly is. He promises he'll shadow her every move and he'll own that moonshiner's car before he leaves town. That's if he ever leaves.