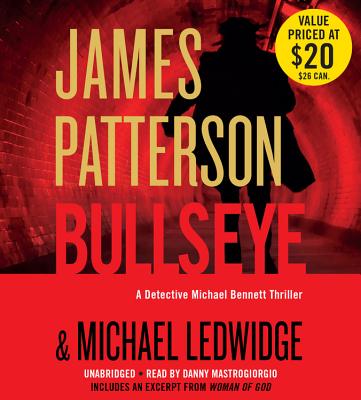 FROM THE WORLD'S #1 BESTSELLING WRITERCaught in the crossfire of a deadly standoff, Detective Michael Bennett must kill...or be killed.

Tensions between America and Russia are the highest they've been since the Cold War. As the countries' Presidents travel to the United Nations to iron out their differences, a fashionable husband and wife team of lethal assassins prowls the streets of Manhattan hunting their prey--a professor hiding a scandalous secret. Their next target: the extremely popular President of the United States of America. Pulled away from his family and pressed into service, Detective Michael Bennett must trace the source of a threat that could rip the country apart--and what he finds may turn the Cold War red hot once again. With allegiances constantly in doubt and no one above suspicion, only Bennett can step into the line of fire to save the President before the deadly kill shot hits its mark.

"Behind all the noise and the numbers, we shouldn't forget that no one gets this big without amazing natural storytelling talent--which is what James Patterson has, in spades."--Lee Child


"It's no mystery why James Patterson is the world's most popular thriller writer: his uncanny skill in creating living, breathing characters we truly feel for and seamless, lightning-fast plots. I do this for a living, and he still manages to keep me guessing from the first to last page. Simply put: Nobody does it better."--Jeffery Deaver

"The man is a master of his genre. We fans all have one wish for him: Write even faster." - Larry King, USA Today