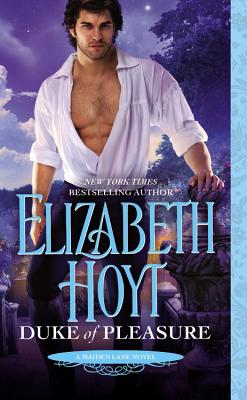 By Elizabeth Hoyt, Ashford McNab (Read by)
$105.99
Backordered or Out of Print

This is book number 11 in the Maiden Lane series.

In the arms of danger

Bold, brave, and brutally handsome, Hugh Fitzroy, the Duke of Kyle, is the king's secret weapon. Sent to defeat the notorious Lords of Chaos, he is ambushed in a London alley-and rescued by an unlikely ally: a masked stranger with the unmistakable curves of a woman.

In the heat of desire

Cocky, clever, and courageously independent, Alf has survived on the perilous streets of St. Giles by disguising her sex. By day she is a boy, dealing in information and secrets. By night she's the notorious Ghost of St. Giles, a masked vigilante. But as she saves Hugh from assassins, she finds herself succumbing to temptation.

One kiss will change their lives forever

When Hugh hires Alf to investigate the Lords of Chaos, their worlds collide. Once Hugh realizes that the boy and the ghost are the same, will Alf find the courage to become the woman she needs to be-before the Lords of Chaos destroy them both?