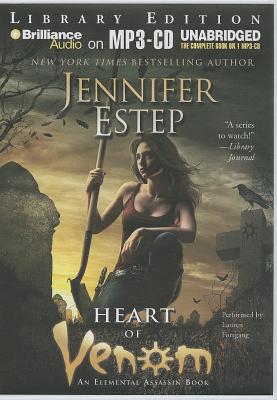 By Jennifer Estep, Lauren Fortgang (Read by)
Email or call for price.
Hard to Find

When I say you re a dead man, take that literally.

Up Ashland's most dangerous mountains, and deep into the heart of its blackest woods I ll track these thugs no matter where they take Sophia. It doesn t matter what kinds of elemental magic they try to throw at me, my Ice and Stone powers can take the heat and then some. I will get Sophia back, over their dead bodies.

Because anybody that hurts Gin Blanco's family becomes a body.

Gin Blanco is one of the most intriguing heroines on the scene. "RT Book Reviews"