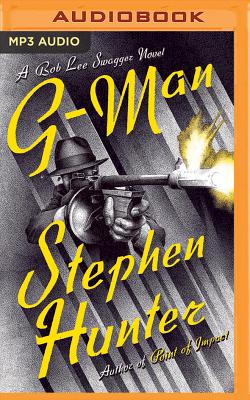 By Stephen Hunter, R. C. Bray (Read by)
Email or call for price.
Hard to Find

This is book number 10 in the Bob Lee Swagger Novels series.

Eighty years later, Charles's grandson Bob Lee Swagger uncovers a strongbox containing an array of memorabilia dating back to 1934--a federal lawman's badge, a .45 automatic preserved in cosmoline, a mysterious gun part, and a cryptic diagram--all belonging to Charles Swagger. Bob becomes determined to find out what happened to his grandfather--and why his own father never spoke of Charles. But as he investigates, Bob learns that someone is following him--and shares his obsession.