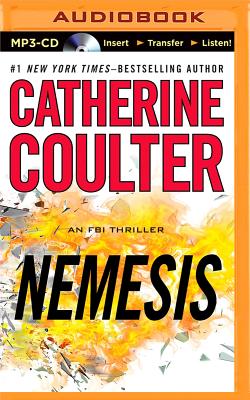 By Catherine Coulter, MacLeod Andrews (Read by), Renee Raudman (Read by)
Email or call for price.
Out of Print

In New York, Special Agent Lacey Sherlock foils a terrorist attack at JFK airport, but stopping the grenade-carrying crazy was only the beginning. Another plot unfolds nearly simultaneously with a bomb at St. Patrick's Cathedral...

Meanwhile, Savich--with the help of Agent Griffin Hammersmith--has his hands full trying to track an elusive murderer who is able to control those under his thrall. When an attempt on Savich's life collides with Sherlock's terrorist case, they must race against the clock, as more lives are in danger with every passing minute.