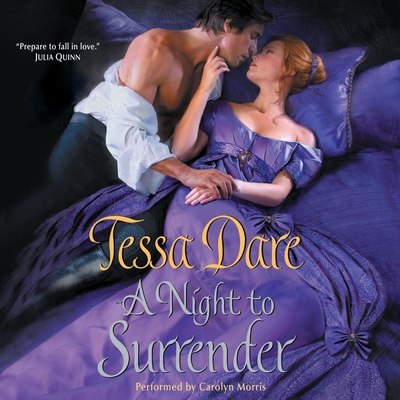 This is book number 1 in the Spindle Cove series.

Welcome to Spindle Cove, where the ladies with delicate constitutions come for the sea air, and men in their prime are . . . nowhere to be found.

Spindle Cove is the destination of choice for certain types of well-bred young ladies: the painfully shy, young wives disenchanted with matrimony, and young girls too enchanted with the wrong men; it is a haven for those who live there.

Victor Bramwell, the new Earl of Rycliff, knows he doesn't belong here. So far as he can tell, there's nothing in this place but spinsters . . . and sheep. But he has no choice, he has orders to gather a militia. It's a simple mission, made complicated by the spirited, exquisite Susanna Finch--a woman who is determined to save her personal utopia from the invasion of Bram's makeshift army.

Susanna has no use for aggravating men; Bram has sworn off interfering women. The scene is set for an epic battle...but who can be named the winner when both have so much to lose?