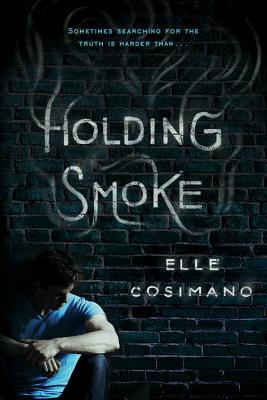 By Elle Cosimano
$17.99
NOT ON OUR SHELVES- available for order, usually ships in 1-5 days

"An inventive paranormal gambit, a compelling lead character, and a plot that twists and turns through to the last page." -- Claudia Gray, New York Times best-selling author of the Evernight series

John "Smoke" Conlan is serving time for two murders-but he wasn't the one who murdered his English teacher, and he never intended to kill the only other witness to the crime. A dangerous juvenile rehabilitation center in Denver, Colorado, known as the Y, is Smoke's new home and the only one he believes he deserves.

But, unlike his fellow inmates, Smoke is not in constant imprisonment. After a near death experience leaves him with the ability to shed his physical body at will, Smoke is able to travel freely outside the concrete walls of the Y, gathering information for himself and his fellow inmates while they're asleep in their beds. Convinced his future is only as bright as the fluorescent lights in his cell, Smoke doesn't care that the "threads" that bind his soul to his body are wearing thin-that one day he may not make it back in time. That is, until he meets Pink, a tough, resourceful girl who is sees him for who he truly is and wants to help him clear his name.

Now Smoke is on a journey to redemption he never thought possible. With Pink's help, Smoke may be able to reveal the true killer, but the closer they get to the truth, the more deadly their search becomes. The web of lies, deceit, and corruption that put Smoke behind bars is more tangled than they could have ever imagined. With both of their lives on the line, Smoke will have to decide how much he's willing to risk, and if he can envision a future worth fighting for.

Elle Cosimano grew up in the Washington, D.C., suburbs, the daughter of a maximum security prison warden and an elementary school teacher who rode a Harley. As a teen, she spent summers working on a fishing boat in the Chesapeake Bay. A failed student of the hard sciences, she discovered her true calling in social and behavioral studies while majoring in psychology at St. Mary's College of Maryland.

"An inventive paranormal gambit, a compelling lead character, and a plot that twists and turns through to the last page . . . HOLDING SMOKE stands out as original and inventive."—Claudia Gray, New York Times best-selling author of the Evernight series

"Holding Smoke is a smash-you-in-the-mouth book that's intelligent, sharp-edged and action packed. Fans of hard-hitting YA better get ready to strap themselves in, because Elle Cosimano has arrived on the scene."—Alan Lawrence Sitomer, author of The Hoopster and Caged Warrior

"[A] fantastic yet real portrait of a survivor seeking answers . . . Intertwined spectral and real worlds deliver double the thrills."—Kirkus Reviews

"Compelling . . . Cosimano, a warden's daughter, brings authenticity to the depiction of prison life . . . Smoke is a complicated, sympathetic character, and his redemption feels earned."—Booklist

"A complex story of shady guards, honorable bad guys, romance, and the foibles and limitations of the justice system."—The Bulletin of the Center for Children's Books