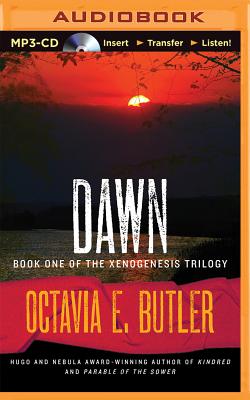 By Octavia E. Butler, Aldrich Barrett (Read by)
$14.99
Backordered or Out of Print

This is book number 1 in the Xenogenesis series.

In a world devastated by nuclear war with humanity on the edge of extinction, aliens finally make contact. They rescue those humans they can, keeping most survivors in suspended animation while the aliens begin the slow process of rehabilitating the planet. When Lilith Iyapo is "awakened," she finds that she has been chosen to revive her fellow humans in small groups by first preparing them to meet the utterly terrifying aliens, then training them to survive on the wilderness that the planet has become. But the aliens cannot help humanity without altering it forever.

Bonded to the aliens in ways no human has ever known, Lilith tries to fight them even as her own species comes to fear and loathe her. A stunning story of invasion and alien contact by one of science fiction's finest writers.