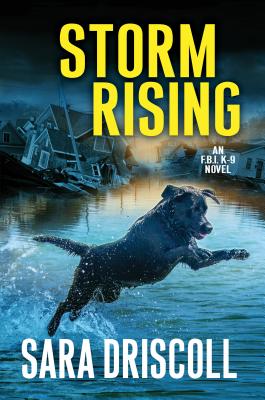 By Sara Driscoll
Email or call for price.
Hard to Find

The heart-pounding thriller of a series continues as FBI Special Agent Meg Jennings and her search-and-rescue K-9 companion confront the fury of nature—and the more dangerous nature of man . . .

In the wake of a devastating hurricane, Special Agent Meg Jennings and her Labrador, Hawk—invaluable members of the FBI’s Human Scent Evidence Team—have been deployed to Virginia Beach. They have their work cut out for them. Amid graveyards of debris, and the buried cries for help, the search and rescue operation begins. The most alarming discovery is yet to come—a teenage girl hiding in the Great Dismal Swamp. Shaken by the storm, she has reason to be scared. But this young survivor is terrified of so much more.

Her name is Emma—a disheveled runaway lost to the sordid underbelly of a Virginia sex-trafficking ring. Its leader has disappeared in the chaos—along with other victims. With so much evidence, and so many witnesses, seemingly washed away, Meg joins forces with Special Agent Walter Van Cleave to ensure no further harm comes to their vulnerable charge. They soon discover that this is no small-time localized syndicate. Its branches are rooted in some of the most influential powers in Virginia. Now as Meg’s investigation digs deeper, she’s making some very dangerous enemies. And one by one, they’re coming out of the storm to stop her.

Sara Driscoll is the pen name of Jen J. Danna and Ann Vanderlaan, authors of the Abbott and Lowell Forensic Mysteries. Jen is an infectious disease researcher at a cutting edge Canadian university near Toronto, but loves to spend her free time writing the thrilling and mysterious. Ann lives in western North Carolina with five rescued pit bulls, including Kane, now a certified therapy dog. She also trains with Kane for competitive nose work. You can follow the latest news on the FBI K-9 Mysteries at www.saradriscollauthor.com.