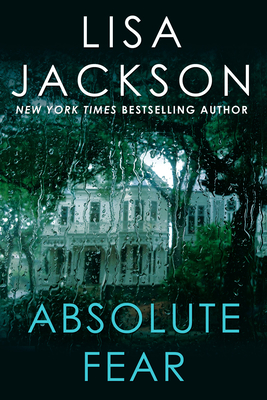 This is book number 4 in the A Bentz/Montoya Novel series.

Now repackaged and reissued nearly fifteen years after its original release, #1 New York Times bestselling author Lisa Jackson's pulse-pounding novel--featuring two of her most acclaimed characters, New Orleans detectives Rick Bentz and Reuben Montoya --takes readers into the heart of fear, as a series of ritual slayings draw a psychology student back to a decaying asylum...

Eve Renner loved Cole Dennis--until the moment he tried to kill her. That was three months ago, when Eve was lured to a cabin where she found an old friend brutally murdered. Eve is almost positive it was Cole's face she saw right before she was shot. But her memories were too shaky to stand up to trial. Cole is a free man again. And a new string of killings has begun.

The murders all link back to Our Lady of Virtues, the asylum where Eve's father worked as a doctor. She wandered those hallways as a child, exploring hidden rooms and chambers, too young to understand what was happening there. Now, with every victim found, each body tattooed with a number, the pieces of a deadly puzzle fall into place--and all point back to Eve and the ruins of the once-grand hospital.

Detective Reuben Montoya and his partner, Rick Bentz, once convinced of Cole's guilt, now suspect a deeper evil at work. Eve knows she has little choice but to return to Our Lady of Virtues--and to trust Cole in her search for answers. But as Eve's memories gradually return, they only lead her closer to danger, toward the final, meticulously planned act of a killer obsessed with vengeance--and with her.

Lisa Jackson is the #1 New York Times bestselling author of over ninety-five novels, including You Will Pay, After She's Gone, Deserves to Die, You Don't Want to Know, Running Scared, and Shiver. She is also the co-author of the Colony Series, written with her sister and bestselling author Nancy Bush, as well as the collaborative novels Sinister and Ominous, written with Nancy Bush and Rosalind Noonan. There are over thirty million copies of her novels in print and her writing has been translated into nineteen languages. She lives with her family and three rambunctious dogs in the Pacific Northwest. Readers can visit her website at www.lisajackson.com and find her on Facebook.