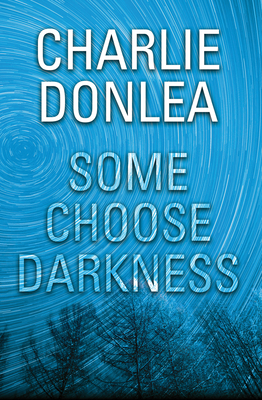 By Charlie Donlea
$26.00
Email or call for price

This is book number 1 in the A Rory Moore/Lane Phillips Novel series.

The truth is easy to miss, even when it’s right in front of us. As a forensic reconstructionist, Rory Moore sheds light on cold-case homicides by piecing together crime scene details others fail to see. Cleaning out her late father’s law office a week after his burial, she receives a call that plunges her into a decades-old case come to life once more.

In the summer of 1979, five Chicago women went missing. The predator, nicknamed The Thief, left no bodies and no clues behind—until police received a package from a mysterious woman named Angela Mitchell, whose unorthodox investigation skills appear to have led to his identity. But before they could question her, Angela disappeared. Forty years later, The Thief is about to be paroled for Angela’s murder—the only crime the DA could pin on him. But the cryptic file Rory finds in her father’s law office suggests there is more to the case, and Angela Mitchell, than what was fed to the public, the details of which have been buried for four decades.

Rory’s talents are tested as she begins reconstructing Angela’s last days. Making one startling discovery after another, Rory becomes helplessly entangled in the enigma of Angela Mitchell and what happened to her. Drawing connections between the past and present, Rory uncovers dark truths about the reclusive victim, her father, and the man called The Thief that send her down a twisting trail where things may not be as they appear. As she continues to dig, even Rory can’t be prepared for the full, terrifying truth that is emerging . . .

USA Today bestselling author Charlie Donlea was born and raised in Chicago. He now lives in the suburbs with his wife and two young children. Readers can find him online at charliedonlea.com.

PRAISE FOR SOME CHOOSE DARKNESS

"In Donlea's skillful hands, this story of obsession, murder, and the search for truth is both a compassionate character study and a compelling thriller."
―Kirkus Reviews

“Donlea's cinematic style puts readers clearly into the scenes, and his skillful prose takes his work to a higher level.”
―New York Journal of Books

“Part 1970s serial-killer thriller and part contemporary Chicago crime novel, this deceptively quick read has something for everyone.”
―Booklist

PRAISE FOR THE NOVELS OF CHARLIE DONLEA

“A perfectly executed and entirely satisfying read, Don’t Believe It is a gripping thriller that will blow readers away, from the first page right up to the very last words. Charlie Donlea’s best book yet!”
—Mary Kubica, New York Times bestselling author of The Good Girl and Every Last Lie

“Riveting . . . fast-paced. . . . A risky late plot twist will frustrate some readers while thrilling others.”
—Publishers Weekly

“You can’t blame Charlie Donlea if the ending of his novel makes your jaw drop. The title alone is fair warning that his characters are no more to be trusted than our initial impressions of them.”
—The New York Times Book Review

THE GIRL WHO WAS TAKEN

“A fast-moving page-turner. . . . Donlea skillfully maximizes suspense by juggling narrators and time all the way to the shocking final twists.”
—Publishers Weekly

“Well worth the read.”
—Booklist

“Donlea keeps readers guessing throughout. The whodunit plot is clever and compelling . . . for fans of nonstop mysteries with a twist.”
—Library Journal

“An exciting debut, with all the right touches, captivating from the first page to the last. There’s a bright future ahead for this newcomer to the thriller genre—definitely a talent to watch.”
—Steve Berry, New York Times bestselling author