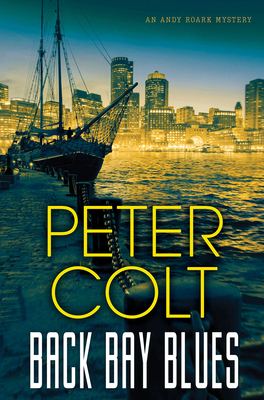 This is book number 2 in the An Andy Roark Mystery series.

"A classical mystery with an honor-bound detective and a keen sense of place... Besides having the P.I. spiel and the P.I. moves down pat, Roark is genuinely likable (not too tough, but not a patsy) and very much a character of his time." - The New York Times Book Review on BACK BAY BLUES


In the second hardboiled P.I. mystery by law enforcement officer and Iraq veteran Peter Colt, a Boston P.I. struggling to come to terms with his role in the Vietnam war investigates the murder of a beautiful, young Vietnamese woman's uncle in 1985 New England.

1985, Boston. In Vietnam, Andy Roark witnessed death and horrifying destruction. But for the soldiers who made it back alive, there are other casualties of war--the loss of tenderness, trust, and connection. Still feeling adrift, Andy has struck up a welcome friendship with Nguyen, a Vietnamese restaurant owner. Sipping beer and trading memories after the restaurant shutters, Andy gradually learns of the extraordinary lengths Nguyen took to flee Saigon shortly after its fall.

Andy's latest case, too, has ties to Vietnam. His new client, a young Vietnamese woman, hires him to investigate her uncle's murder. Andy discovers a connection to a group of refugees determined to overthrow the communist government--and extorting local business owners to raise funds. The search for more answers takes Andy to D.C. and San Francisco, and into a web of political and personal betrayal. For near the heart of this mystery is a link to Nguyen's daring escape. Decades have passed, but sometimes the price of freedom twists allies into enemies, loyalties into betrayals, and truth into lies...

Peter Colt is an Iraq War veteran, a New England law enforcement officer and an FBI certified Crisis Negotiator. He spent over twenty years in the Army reserve and was deployed to Kosovo in 2000, where he was attached to the Russian Army. He was deployed to Iraq in 2003 and again in 2008, and has had the fortune of knowing many Vietnam vets and U.S. Army Special forces soldiers. Born in Boston, he grew up on Nantucket and lived there in the 1970s and 80s, when the distinction between off islanders and on islanders was very real. Visit Peter Colt online at Peter Colt.com.