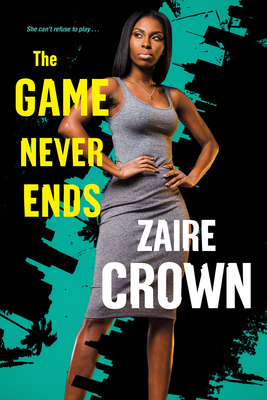 This is book number 2 in the The Game Series series.

From hard times to getting it all, one woman must fight to keep her fortune, her family, and her life, in this intense, unpredictable follow-up to Games Women Play . . .

By leveraging savvy and basic instincts, Tuesday Knight rose up from running an elite gentleman’s club to becoming the mega-wealthy Beverly Hills wife and business partner of reformed drug kingpin Marcus King. Along with their respectable, law-abiding new life came new names, and a new family. But now the country’s most feared drug lord wants to use Marcus’s legit empire to push her product—and the fallout threatens to be treacherous . . .

Soon Tuesday finds herself on the run with her two daughters—and under pressure from a devious FBI agent to help take down the drug lord for good. But to clear the board of enemies and regain her position, and her life, she’ll have to face unexpected betrayals—and play out a shattering endgame . . .

“Games Women Play goes in hard and heavy straight from the gate! Zaire Crown is a bold new voice in urban fiction!”
—Noire

ZAIRE CROWN began writing in his early twenties, inspired by his love of horror and suspense novels. A native of Michigan, Crown drew on his urban surroundings to write his first novel, infusing it with the suspense that he loves as well as the crime unfolding in his neighborhood. He is hard at work on his next novel.