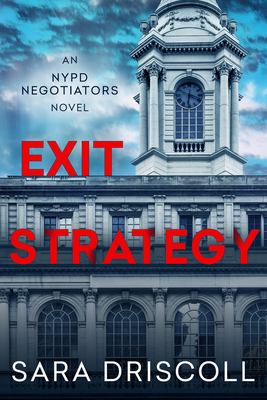 This is book number 1 in the NYPD Negotiators series.

In this taut new suspense series featuring NYPD detective Gemma Capello and her close-knit law enforcement family, a madman brings a halt to the heart of the city that never sleeps . . .

After her mother’s death during a bank robbery when she was a child, Gemma Capello grew up to become one of the NYPD’s elite hostage negotiators. In a family of cops, there’s rarely a day when a Capello isn’t facing down some form of threat. Still, despite their unpredictable schedules, they always find time for their annual family summer picnic. But this year, a sudden phone call changes everything.

A heavily armed gunman has taken hostages at City Hall. Gemma races downtown to join the rest of the Hostage Negotiation Team as they scramble to identify the captives—fearing the mayor may be among them. But as they search for answers and struggle to gain control of the circumstances, it becomes clear that the mayor is at the center of it all, just not in the way they initially believed.

With several lives on the line and a criminal who always seems to be one step ahead, Gemma is the only one able to connect with the suspect. Soon, she finds herself engaging in a battle of wits while enduring a battle of egos in the command center. With time running out and a mastermind who has proven he’ll do whatever it takes to get what he wants, Gemma risks it all—her career and her life—in a last-ditch effort to save the hostages. Now, she needs to figure out how to save herself . . .

Writing under the name Sara Driscoll, Jen J. Danna is also the co-author of the Abbott and Lowell Forensic Mysteries and the K-9 Mystery series. NYPD Negotiators is her debut solo series. Jen is an infectious disease researcher at a cutting-edge Canadian university near Toronto, but loves to spend her free time writing the thrilling and mysterious.