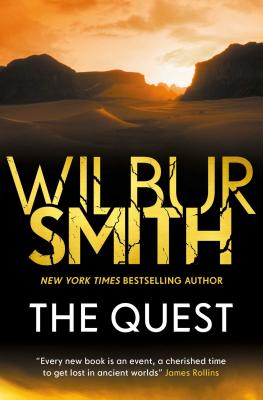 By Wilbur Smith
$16.00
Backordered or Out of Print

This is book number 4 in the The Egyptian Series series.

The fourth book in the epic Egyptian series

The fourth book in the epic Egyptian series 'She is omnivorous. No matter age or appearance, physical frailty or imperfection. It is not their flesh that feeds her appetites, but their souls. she devours the young and old, men and women. She leaves only a desiccated husk.' An unspeakable evil. An impossible gift. Renowned magus Taita is now over a hundred years old, and has ascended to a new level of wisdom and understanding about his world. But he must prepare himself for the greatest threat Egypt has ever faced: the great plagues and the fair of the Nile, brought about by the fire witch Eos, an ancient force of sheer evil. Taita must risk his soul to battle against Eos, or his homeland and everything he has ever loved will be lost forever. But there are other reasons for Taita to fight -- since success could also mean rewards he could never have thought possible...

Wilbur Smith was born in Central Africa in 1933. He became a full-time writer in 1964 following the success of When the Lion Feeds, and has since published over fifty global bestsellers, including the Courtney Series, the Ballantyne Series, the Egyptian Series, the Hector Cross Series and many successful standalone novels, all meticulously researched on his numerous expeditions worldwide. An international phenomenon, his readership built up over fifty-five years of writing, establishing him as one of the most successful and impressive brand authors in the world.
The establishment of the Wilbur & Niso Smith Foundation in 2015 cemented Wilbur's passion for empowering writers, promoting literacy and advancing adventure writing as a genre. The foundation's flagship programme is the Wilbur Smith Adventure Writing Prize.

Wilbur Smith passed away peacefully at home in 2021 with his wife, Niso, by his side, leaving behind him a rich treasure-trove of novels and stories that will delight readers for years to come. For all the latest information on Wilbur Smith's writing visit www.wilbursmithbooks.com or facebook.com/WilburSmith