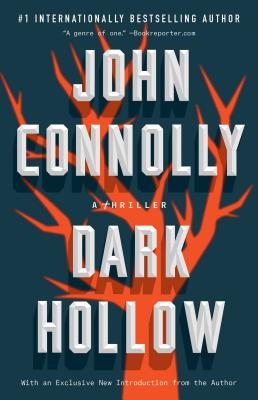 This is book number 2 in the Charlie Parker series.

“Connolly has crafted one of the most darkly intriguing books this reviewer has encountered in more than three decades of reading crime fiction.” —Publishers Weekly (starred review)

Charlier Parker, a former New York City detective with a haunted past, befriends a down-and-out mother with a small child. When she turns up dead, Charlie's first suspect is her estranged husband. Charlie follows the man's trail to Maine and there he becomes entangled in a series of strange occurances which all seem to harken back to a string of unsolved murders that took place generations before. The murders were never solved and now Charlie must hunt for a killer and the connection between two crimes that span a century.

John Connolly is the author of the #1 internationally bestselling Charlie Parker thrillers series, the supernatural collection Nocturnes, the Samuel Johnson Trilogy for younger readers, and (with Jennifer Ridyard) the Chronicles of the Invaders series. He lives in Dublin, Ireland. For more information, see his website at JohnConnollyBooks.com, or follow him on Twitter @JConnollyBooks.

"Connolly has crafted one of the most darkly intriguing books this reviewer has encountered in more than three decades of reading crime fiction. Never less than graceful and assured, his writing is often lyrical, but in his portrait of the Fulci brothers, he employs humor and panache that recalls Trevanian at his snarkiest. To call this a page-turner is to damn it with faint praise. Veteran crime fans will want to savor every note-perfect word."
— Booklist (Starred Review)

"This latest offering from Connolly is as dark . . . as his previous novels and just as enjoyable."
— Library Journal