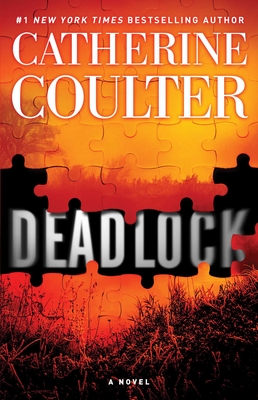 By Catherine Coulter
$16.99
Backordered or Out of Print

This is book number 24 in the An FBI Thriller series.

When Rebekah Manvers is contacted by Zoltan, a medium who claims she’s received a message from Rebekah’s now-dead grandfather, she believes the woman is a charlatan. But if so, how does Zoltan know about the secrets Rebekah’s grandfather entrusted her with so many years ago? Certain it’s a con, Rebekah walks away.

The next day FBI Special Agent Dillon Savich witnesses two men trying to force a woman into a van. Savich fights off the men, and rescues the woman, who turns out to be Rebekah Manvers, wife of wealthy congressman Rich Manvers. Why did these men want to kidnap her? To extort ransom from her husband? Or did it have to do with the medium Zoltan? Or with her grandfather?

Then a box addressed to Savich, stamped “PERSONAL,” arrives at the Criminal Apprehension Unit, containing one-third of a puzzle. The assembled pieces show only an ancient pier and a sidewalk littered with human remains, but no one can identify the location. When a second box arrives, Special Agent Pippa Cinelli recognizes the picture on the puzzle as a scene in her hometown, St. Lumis, Maryland. Intrigued, Savich immediately sends Cinelli to investigate. On her second day in St. Lumis, she’s struck down and left bound in an abandoned building. Cinelli and Savich decide it’s time to involve the local police chief, Matthew Wilde.

Savich and Sherlock quickly learn that what happened in the past casts a long shadow. They must discover the truths not only to save themselves but to prevent further bloodshed.