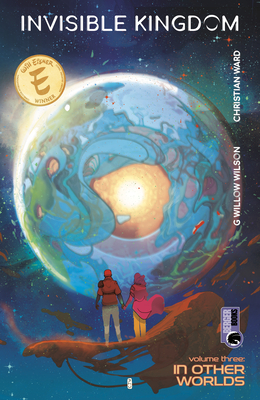 Just when the crew of the Sundog thought they'd made it through the most dangerous edge of space--they are taken by a faction of mysterious new Nones to an even further and more deadly place: The Point of No Return. As revolution looms, these Siblings of Rebirth have an unthinkable mission to carry out, and they can't do it without Vess...or with Grix in the picture. But who can be trusted? And will Vess choose destruction...or love?

Willow is author of the New York Times bestselling comic book series Ms. Marvel, winner of the 2015 Hugo Award for Best Graphic Story. Her first novel, Alif the Unseen, was a New York Times Notable Book of 2012, long listed for the Women's Prize for Fiction (formerly the Orange Prize) and winner of the World Fantasy Award for Best Novel. At San Diego Comic Con, it was announced that Willow would take over writing duties on the ongoing Wonder Woman comic book series in November 2018.

Willow was born in New Jersey and attended high school in Colorado. After converting to Islam in 2003 at age 20, Willow spent the next several years living in Egypt and studying religion and Arabic. Her work often addresses the fault lines between tradition and pop culture.

She currently lives in Seattle with her husband and two children.

Christian Ward is a comic book artist and writer. His books include the cosmic space opera ODY-C which he co-created with Matt Fraction, as well as the Eisner-winning Marvel comic Black Bolt with Saladin Ahmed. Alongside Invisible Kingdom, he's writing Machine Gun Wizards, also published by Dark Horse.