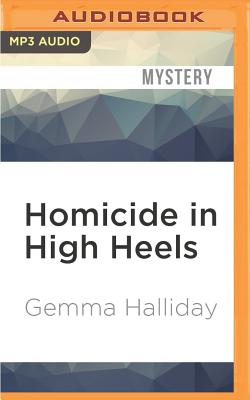 By Gemma Halliday, Caroline Shaffer (Read by)
$9.99
Backordered or Out of Print

This is book number 8 in the High Heels Mysteries series.

It's springtime in California The flowers are in bloom, the fashion week runways are fierce, and fans of America's favorite pastime are filling the baseball stadiums to root for their favorite team. But when the girlfriend of the L.A. Stars rookie MVP winds up dead at a chic Beverly Hills salon, it's suddenly up to fashion designer Maddie Springer to track down the "Tanning Salon Killer."

Armed with the help of her wacky cast of friends and family, Maddie finds herself with a list of suspects that includes the cast of the reality TV show "Baseball Wives," a desperate blackmail victim, and an entire baseball team If Maddie can brave the hot dogs and cat fights, she just might be able to catch a killer... before he strikes again