The Portrait of a Lady (Hardcover) 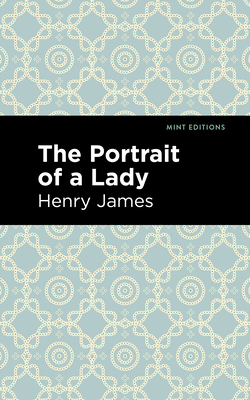 "The Portrait of a Lady is entirely successful in giving one the sense of having met somebody far too radiantly good for this world."-Rebecca West

"A fairy tale in reverse." -The Sunday Times

Henry James's The Portrait of a Lady is regarded as one of the towering works of Victorian literature; an exceptional examination of the disparate nature between Americans and Europeans, and the divides between contentment and money. Isabel Archer, one of the most compelling heroines of American literature, is at the center of this moving story about the manners and mores of 19th Century life.

The Portrait of a Lady opens as the beautiful and fiery American Isabel Archer travels to England to visit her wealthy Aunt Touchett. She is introduced her Uncle Touchett, her cousin Ralph, and the local nobleman, Lord Warburton, who wastes no time in asking for Isabel's hand in marriage. In character with Isabel's independent spirt, she refuses the proposal, and while on a trip to London receives a second proposal from an American suitor; once again, she refuses. When she learns that her uncle is deathly ill, Isabel returns to the Touchett home, where she inherits a great fortune following his death. Traveling to Italy with her Aunt as a great heiress, she is introduced to Gilbert Osmond, a self-centered and calculating American expatriate. Despite the warnings from her family and friends, Isabel falls for Osborne and in turn is pulled the darkness of deception. The Portrait of a Lady is a tragic yet humane masterpiece of American literature.

With an eye-catching new cover, and professionally typeset manuscript, this edition of The Portrait of a Lady is both modern and readable.