More Than Once (Paperback) 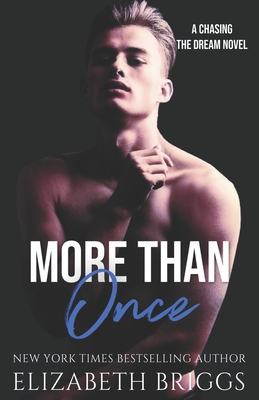 She's trying to be good. He loves it when she's bad. Andrew West is done being the nice guy. After a marriage proposal gone wrong, he's started over in a new city and he's never risking his heart again. Becca Collins is done being the bad girl. After quitting the band she played bass for, she's going to prove to her family that she's really changed. When Becca's dumped by her boyfriend and fired from her job on Christmas Eve, all seems lost, until she runs into a former one night stand-Andrew. To impress her parents, Becca convinces him to pretend to be her perfect boyfriend for their holiday dinner. After Andrew shows Becca he's all bad boy in the bedroom, neither wants to pretend anymore. But when Becca's invited to rejoin her band for a show and Andrew's forced to face his ex, they both wonder if they're ready to take a leap again-or if they're doomed to fail in life and love a second time. The Chasing The Dream series:
#0.5 More Than Exes - Kyle & Alexis's story
#1 More Than Music - Jared & Maddie's story
#2 More Than Comics - Hector & Tara's story
#3 More Than Fashion - Julie & Gavin's story
#4 More Than Once - Becca & Andy's story
#5 More Than Distance - Carla's story (coming soon )

Elizabeth Briggs is the New York Times bestselling author of the Future Shock trilogy and the Chasing The Dream series. She graduated from UCLA with a degree in Sociology, currently mentors teens in writing, and volunteers with a dog rescue group. Elizabeth lives in Los Angeles with her husband and a pack of fluffy dogs. Find her online at http: //www.elizabethbriggs.net