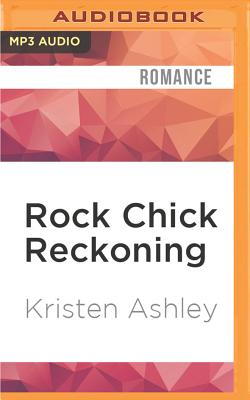 By Kristen Ashley, Susannah Jones (Read by)
$9.99
Backordered or Out of Print

This is book number 6 in the Rock Chick series.

Stella Gunn is the lead singer and lead guitarist of the Blue Moon Gypsies, and Stella used to be Mace's girl. But Kai "Mace" Mason broke up with her and the loss of him rocked her world. One night, Stella gets a call, late (again), from one of the members of her crazy band. She has to go play clean up (again) and runs into Mace (and a shed load of police) and ends up getting shot. Mace finds he doesn't like it much that his ex-girlfriend got shot right in front of him, but it's worse. A very bad man has thrown down the gauntlet, and all the Rock Chicks are in the firing line. Stella doesn't want Mace to be the one to keep her alive, but she has no choice. Mainly because Mace isn't giving her one.