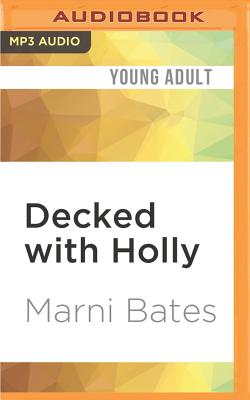 By Marni Bates, MacLeod Andrews (Read by), Cassandra Morris (Read by)
$9.99
Email or call for price

Holly Dayton is about to go way out of her comfort zone...Spending Christmas vacation on a cruise with her two cousins from hell isn't Holly's idea of a good time. And when, in a moment of seasick-fueled desperation, she lurches into an open suite--she's greeted with an eyeful of pepper spray. The culprit? A gorgeous guy calling himself Nick. But when Holly goes to make her exit, she gets the shock of her life: a corridor crammed with screaming teenage fans. Because Nick just happens to be Dominic Wyatt, drummer for ReadySet--one of the hottest bands in America.

Suddenly, rumors are swirling and Holly's face is captured on countless phones and plastered all over the Internet. But the band can't risk a scandal destroying their family-friendly image, so Dominic convinces Holly to be his fake girlfriend--just for two weeks. How bad could it be to be fauxmantically involved with one of the cutest rock stars on the planet? Holly's about to find out...