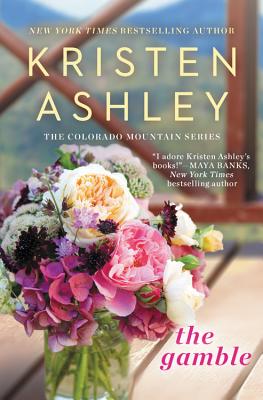 This is book number 1 in the Colorado Mountain series.

Welcome to New York Times and USA Today bestselling author Kristen Ashley's Colorado Mountain Series, where friends become family and everyone deserves a second chance.
Life isn't meant to be perfect. It's meant to be lived . . .

Nina Sheridan thought she'd found the perfect man who would become the perfect husband. She was wrong. When Nina realizes the man she planned to grow old with doesn't know her at all, it's time to rethink her idea of perfect. And what better place to get her life in order than a remote Colorado mountain town halfway around the world?

Gnaw Bone, Colorado, may not be flashy or cosmopolitan, but it's got a brand of hospitality all its own. Nina isn't entirely sure she's ready to trade the life she thought she wanted in England for cozy evenings in her mountain retreat, and she definitely isn't sure she's ready to handle the connection she feels to the owner of her rental house, Max Holden . . .

Nina didn't come to Colorado to find love, but even the best-laid plans can go awry. Now, if Nina can let go of her past, Max-and a future in Gnaw Bone-might just be the perfect second chance she's been waiting for.

Kristen Ashley is the award-winning and New York Times bestselling author of over sixty romance novels. Her books have been translated in fifteen languages, with nearly three million copies sold.
Born in Gary and raised in Brownsburg, Indiana, Kristen was a fourth generation graduate of Purdue University. Since, she has lived in Denver, the West Country of England, and she now resides in Phoenix. She worked as a charity executive for eighteen years prior to beginning her writing career.