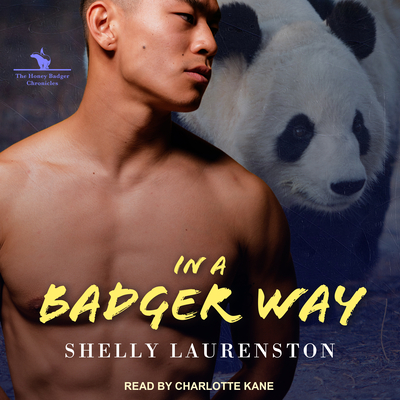 This is book number 2 in the Honey Badgers Chronicles series.

Petite, kind, brilliant, and young, Stevie is nothing like the usual women bodyguard Shen Li is interested in. Even more surprising, the youngest of the lethal, ball-busting, and beautiful MacKilligan sisters is terrified of bears. But she's not terrified of pandas. She loves pandas. Which means that whether Shen wants her to or not, she simply won't stop cuddling him. He isn't some stuffed Giant Panda, ya know He is a Giant Panda shifter. He deserves respect and personal space. Something that little hybrid is completely ignoring. But Stevie has a way of finding trouble. Like going undercover to take down a scientist experimenting on other shifters. For what, Shen doesn't want to know, but they'd better find out. And fast. Stevie might be the least violent of the honey badger sisters, but she's the most dangerous to Shen's peace of mind. Because she has absolutely no idea how much trouble they're in . . . or just how damn adorable she is. Contains mature themes.