Over Her Dead Body (Paperback) 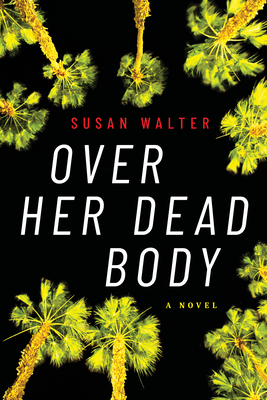 An inheritance that comes with a warning.

Ashley Brooks's life isn't working out as planned. After years of struggling to make it in Hollywood, she's still waiting for her big break. When fate leads her to the doorstep of legendary casting director Louisa Lake George, Ashley thinks her luck is about to change: the prickly old pro knows about a role she's perfect for. The aspiring actress never gets to thank her, though, because the day after the audition, Louisa is dead. The bigger shock--she left all her money to Ashley.

Louisa's grown children arrive stunned and ready to fight. Her nephew tries to play peacemaker, while Ashley grapples with why Louisa would leave her fortune to a stranger--and whether she should keep it. But Ashley quickly discovers everyone, including the dead woman, is hiding something, and it's a race to get to the truth before someone else winds up dead.