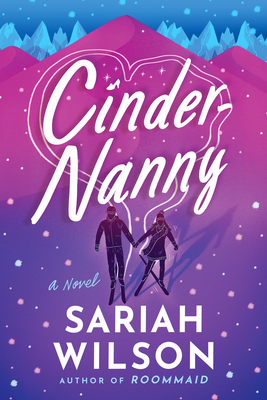 What could come between a nanny and an earl in a fairy-tale love story? A reality check--in an endearing and witty romance by Sariah Wilson, the bestselling author of Roommaid.

With her sister's medical bills mounting, Diana Parker can't say no to a high-paying opportunity like this: accompany a wealthy couple to Aspen and nanny their precocious five-year-old son for three months. Necessary qualifications? She must know how to ski and teach math, speak fluent French, excel at social graces, and hold a master's degree in childhood development. Who'll be the wiser that Diana's only skill is packing for Colorado?

So far, so good--having a con woman for a mother has turned out to be a benefit, even if Diana has complicated feelings about telling lies. But she's doing this for her sister. And the perks--like a ticket to a lavish charity fundraiser, a new gown, and a Prince Charming-adjacent earl named Griffin Windsor--are pretty irresistible. Diana can't deny the Cinderella vibe.

Wary of gold diggers and scandal, England's most eligible bachelor is nevertheless falling for Diana, and sweeping the not-quite princess off her feet.

The warmer their relationship becomes, the slipperier the slopes are for Diana. Sooner or later, she'll have to come clean. When that happens, does an honest-to-goodness happy ending stand a chance?