Visions of Sugar Plums: A Stephanie Plum Holiday Novel (A Between the Numbers Novel #1) (CD-Audio) 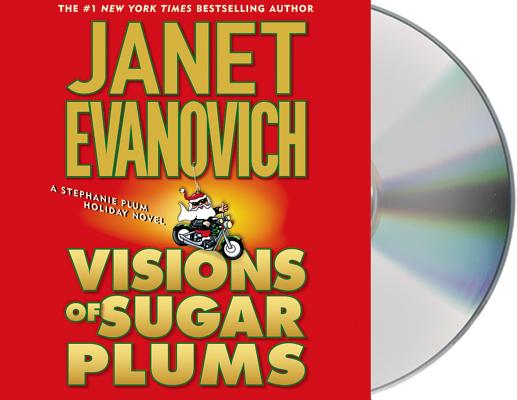 By Janet Evanovich, Lorelei King (Read by)
Email or call for price.
Hard to Find

It's five days before Christmas and things are not looking merry for Fugitive Apprehension Agent Stephanie Plum. She hasn't got a tree. She hasn't bought any presents. The malls are jam-packed with staggering shoppers. There's not a twinkle light anywhere to be seen in her apartment.

And there's a strange man in her kitchen.

Sure, this has happened to Stephanie Plum before. Strangers, weirdos, felons, creeps, and lunatics are always finding their way to her front door. But this guy is different. This guy is mysterious, sexy-and he has his own agenda. His name is Diesel and he is a man on a mission. And Diesel is unlike anyone Stephanie has ever met before in her life. The question is, what does he want with her? Can he help her find a little old toy maker who has skipped out on his bail right before Christmas? Can he survive the Plum family holiday dinner? Can he get Stephanie a tree that doesn't look like it was grown next to a nuclear power plant? These questions and more are keeping Stephanie awake at night. Not to mention the fact that she needs to find a bunch of nasty elves, her sister Valerie has a Christmas "surprise" for the Plums, her niece Mary Alice doesn't believe in Santa anymore, and Grandma Mazur has a new stud muffin. So bring out the plastic reindeer, strap on your jingle bells, and get ready to celebrate the holidays-Jersey style. In Janet Evanovich's Visions of Sugar Plums, the world of Plum has never been merrier!

Janet Evanovich is the author of the Stephanie Plum books, including One for the Money and Sizzling Sixteen, and the Diesel & Tucker series, including Wicked Appetite. Janet studied painting at Douglass College, but that art form never quite fit, and she soon moved on to writing stories. She didn’t have instant success: she collected a big box of rejection letters. As she puts it, “When the box was full I burned the whole damn thing, crammed myself into pantyhose and went to work for a temp agency.” But after a few months of secretarial work, she managed to sell her first novel for $2,000. She immediately quit her job and started working full-time as a writer. After a dozen romance novels, she switched to mystery, and created Stephanie Plum. The rest is history. Janet’s favorite exercise is shopping, and her drug of choice is Cheeze Doodles.

LORELEI KING has recorded over 200 audiobooks, including several titles from Janet Evanovich’s bestselling Stephanie Plum series and Darynda Jones’s Charley Davidson series.  Her many awards include the 2008 Audie Award for Female Solo Narration for Tallgrass by Sandra Dallas, the Radio Times performer of the Year for The Blind Assassin by Margaret Atwood, and AudioFile Earphones Awards for Eleven on Top and Twelve Sharp, both by Janet Evanovich.  AudioFile also deemed her one of the "Best Voices of 2008."

King’s screen credits include Notting Hill, House of Mirth, and Cold Feet, among others. She has appeared as regular and recurring characters in popular British television shows such as Chef, Cold Feet, Alistair McGowan's Big Impression, Emmerdale, and the saucy Mile High. King now makes her home in London, where she lives with her husband, actor Vincent Marzello.

“Hot and Sassy.” —Boston Herald on the Stephanie Plum novels