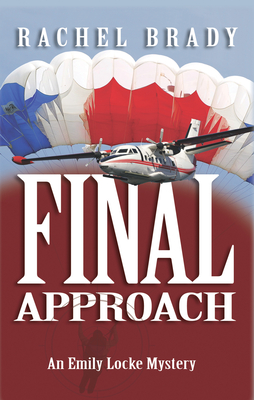 By Rachel Brady
Email or call for price.
Special Order

Four years ago Emily Locke's life was shattered when her infant daughter and husband were lost in an inexplicable accident. She has nearly rebuilt her fragile mental health when a disgraced former police detective, now working as a PI, resurfaces to ask for help he says only she can provide--reconnaissance at a Texas skydiving establishment over a thousand miles away. Emily knows better than to work with Richard Cole again, but can't refuse when she learns it's about a missing boy. At Gulf Coast Skydiving, unexpected similarities between Richard's case and Emily's troubled past make it increasingly difficult for her to stay objective. Soon she's convinced that she, is somehow connected to whoever took little Casey Lyons. His safe return depends on her ability to figure out the link. Someone at the quiet, rural airstrip knows what happened to the boy, and clues suggest the same person may have new details about the disappearance of Emily's own daughter.

Rachel enjoys a career in biomedical engineering in addition to the time she spends writing mystery and suspense fiction. She lives outside of Houston, Texas, with her husband and their three children.