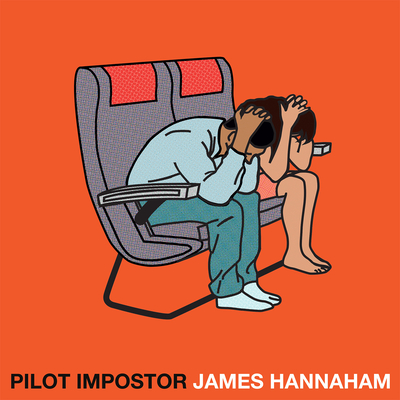 A startling, shape-shifting book of prose and images that draws on an unexpected pair of inspirations—the poetry of Fernando Pessoa and the history of air disasters—to investigate con men, identity politics, failures of leadership, the privilege of ineptitude, the slave trade, and the nature of consciousness.

Early in 2017, on a plane from Cape Verde to Lisbon, author and visual artist James Hannaham started reading Pessoa & Co., Richard Zenith's English translation of Fernando Pessoa's selected poetry. This was two months after Trump's presidential election; like many people, ideas about unfitness for service and failures of leadership were on his mind. Imagine his consternation upon discovering the first line of the first poem in the book: "I've never kept sheep/But it's as if I did."

The Portuguese, Hannaham had been musing, were responsible for jump-starting colonialism and the slave trade. Pessoa published one book in Portuguese in his lifetime, Mensagem, which consisted of paeans to European explorers. He also invented about seventy-five alter egos, each with a unique name and style, long before aliases and avatars became a feature of modern culture.

Hannaham felt compelled to engage with Pessoa's work. Once in Lisbon, he began a practice of reading a poem from Zenith's anthology and responding in whatever mode seemed to click. Even before his trip, however, he had become fascinated by Air Disasters, a TV show that tells the story of different plane crashes in each of its episodes. These stories—as well as the textures and squares of the city he was visiting—began to resonate with his concerns and Pessoa’s, and make their way into the book.

Through its inspirations and juxtapositions and its agile shifts of voice and form—from meme to fiction to aphorism to screenshot to lyric—the book leads us to reckon with the most universal questions. What is the self? What holds the self—multiple, fragmented, performative, increasingly algorithmically controlled, constantly under threat of death—intact and aloft?

James Hannaham was born in the Bronx, grew up in Yonkers, New York, and now lives in Brooklyn. His most recent novel, Delicious Foods, won the PEN/Faulkner and Hurston/Wright Legacy Awards. His novel God Says No was honored by the ALA's Stonewall Book Awards. His short stories have been in One Story, Fence, Story Quarterly, BOMB; he was for many years a writer for the Village Voice and Salon and is also a visual and performance artist. He has exhibited text-based visual art at The Center for Emerging Visual Artists, 490 Atlantic, and James Cohan. He won Best in Show for the exhibition Biblio Spectaculum at Main Street Arts. He teaches at the Pratt Institute.

“A funny and compelling meditation on the self and knowledge, authenticity and identity, mortality and chance, Pilot Impostor unfolds in tragic and comic fragments, allusions, and inventions. Unexpected—also beautiful.” —Viet Thanh Nguyen, Pulitzer Prize-winning author of The Sympathizer, The Refugees, and The Committed

"Hannaham is not only creative or stunningly gifted or intellectual or supremely original, but all those distinctions at once. This genre-defying book of compressed prose, poetry and image is the product of a mind—and heart—pushing the artistic tachometer to the red line." —Melissa Holbrook Pierson, The Washington Post

"In this playful and varied collection, the novelist James Hannaham makes use of an unlikely pairing—the works of the Portuguese modernist Fernando Pessoa and the history of plane crashes—to pose knotty questions about contemporary life . . . A hybrid work of stories, essays, poetry, jokes and visual art . . . Its best pieces possess the improbable coherence of dreams." —Dustin Illingworth, The New York Times Book Review

"Like the poetry of Pessoa and his various avatars, Pilot Impostor is bursting with ideas, a swirl of intellectual energy . . . What emerges is a sort of argument in fragments, riddled with modern dread, demanding us to look behind the artifice and connect to Hannaham’s vision of humanity." —Mark Haskell Smith, Los Angeles Times

"Hannaham’s book—not quite a novel, not quite a short story collection, not quite like anything else—is a clever series of reflections on art, doubt, race, and impostor syndrome . . . Hannaham continues to be one of the country’s smartest and most surprising writers of fiction . . . Unclassifiable, dizzying, and gorgeous." —Kirkus Reviews (starred review)

"If, like me, you loved Delicious Foods and have been waiting for an encore, the mishmash of poems and photographs you find in your hands here might make you nervous, but by its end you’ll be glad that James Hannaham made the choices he did. For, as Hannaham himself writes, in 'Rinse Aid': 'Find me a business like a poem—constructed with ecstasy and precision, guided by honesty, truth-seeking, compassionate. I’ll work there.'" —Bradley Bazzle, The Rumpus

"A captivating blend of prose and verse . . . Hannaham’s stimulating work moves like a plane in tailspin, tossing off flashes of wisdom as the ground below gets ever closer. It’s a ride worth taking." —Publishers Weekly

"Pilot Impostor takes us on an exhilarating, incandescent ride. Words crash, meanings disintegrate and reincarnate, histories disappear and appear on the radar, and against all odds the pilot knows exactly where we're headed. As Juliane Diller, the lone survivor of the 1971 crash of Lockheed L-188A Electra turboprop, once described the paradox: 'I hadn’t left the plane; the plane had left me.'" —Monique Truong, author of The Sweetest Fruits and The Book of Salt

"Micro essays, flash fictions, prose poems: however you choose to label James Hannaham’s rebuses of posture and imposture, self and anti-self, they are endlessly inventive, thought-provoking, and delightful. Mixing text and image, playfulness and profundity, Pilot Impostor updates the flight manual of shape-shifting twentieth-century masters—Calvino, Borges, Perec—and most of all Fernando Pessoa, poetic champion of identity theft. 'So too in my soul do aircraft vanish'—well now, that’s the type of pilot we’ve been looking for!" —Campbell McGrath, author of Nouns & Verbs: New and Selected Poems