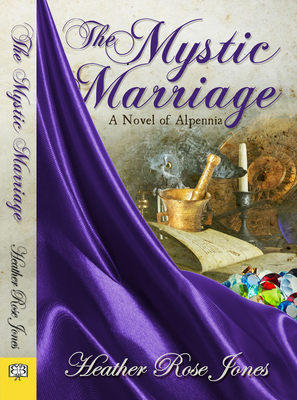 Antuniet Chazillen lost everything the night her brother was executed. In exile, she swore that treason would not be the final chapter of the Chazillen legacy in Alpennia's history. A long- hidden book of alchemical secrets provides the first hope of success, but her return to the capital is haunted by an enemy who wants those secrets for himself. Jeanne, Vicomtesse de Cherdillac is bored. The Rotenek season is flat, her latest lover has grown tediously jealous and her usual crowd of friends fails to amuse. When Antuniet turns up on her doorstep seeking patronage for her alchemy experiments, what begins as amusement turns to interest, then something deeper. But Antuniet's work draws danger that threatens even the crown of Alpennia. The alchemy of precious gems throws two women into a crucible of adversity, but it is the alchemy of the human heart that transforms them both in this breathtaking follow-up to the widely acclaimed Daughter of Mystery.

Heather Rose Jones is the author of the "Skin Singer" stories in Marion Zimmer Bradley's Sword and Sorceress anthology series, as well as non-fiction publications on topics ranging from biotech to historic costume to naming practices. She has a PhD from U.C. Berkeley in Linguistics, specializing in the semantics of Medieval Welsh prepositions, and works as an industrial discrepancy investigator for a major Bay Area pharmaceutical company.