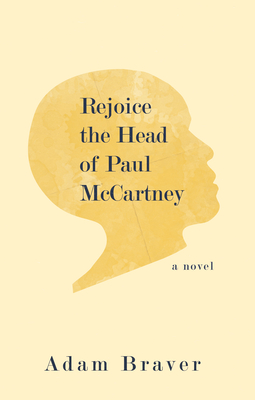 "Fierce and true, his fiction is unforgettable." --Claire Messud

In the fall of 1969, on Sunset Boulevard, a giant billboard advertised the newly released album, Abbey Road. Shortly after it appeared, Paul McCartney's head was cut off the display, mysteriously disappearing. Set against that backdrop, Rejoice the Head of Paul McCartney is about more than a specific incident or snapshot of history, it is a story of people and a generation being shaped by their times. Through its ensemble cast, we see how that moment of desecrating the symbol of an era affects the lives of the characters over the course of several decades. Some characters are drawn to confronting the challenges, while others are trying to escape them. But all are affected by the specter of the missing Paul McCartney head. Written in a series of suites, the novel weaves a recurring collection of characters that range from a young couple trying to make their place in an unsteady world, to a student who mistakenly is assumed to be a domestic terrorist, to a battered couple who won't leave a guest room, to a movie legend and his aspiring acting son. As in life, the narratives of all the characters intrude on and interrupt each other's efforts to negotiate the end of a tumultuous decade, while trying to find their ways in the years that follow. Told in a variety of voices and styles, Rejoice the Head of Paul McCartney is about finding solace and hope during times that seem short on hope.

Selections have been published previously in the Normal School, and upcoming in Action/Spectacle.

Adam Braver is the author of seven novels. His books have been selected for the Barnes and Noble Discover New Writers program, Borders' Original Voices series, the IndieNext list, and twice for the Book Sense list, as well as having been translated into French, Italian, Japanese, Turkish, and Russian. Braver's fiction and essays have appeared in journals such as Daedalus, Ontario Review, Cimarron Review, Water-Stone Review, Harvard Review, Tin House, The Normal School, West Branch, The Pinch, and Post Road. He serves as the Library Program Director at Roger Williams University in Bristol, RI, where he is also on faculty. Additionally, Braver teaches at the New York State Summer Writers Institute.