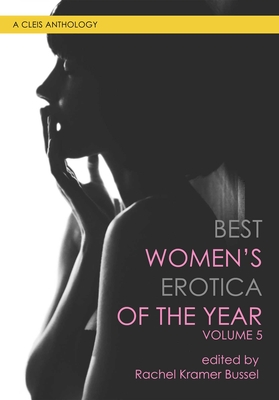 In Best Women’s Erotica of the Year, Volume 5, award-winning editor Rachel Kramer Bussel takes readers on an outrageous journey into the world of female fantasy and desire. These sexy stories offer up wild, hot, and steamy tales from today’s top authors. You’ll be swept away by the sexiest business deal ever, break the rules in a future world where skin-on-skin contact is forbidden, and discover the art of getting off by phone sex.

From threesomes to mermaid sex, fetishes, sex parties, and much more, these authors steam up the pages with tales of trysts, love, and lust where nothing is held back. If you’re looking to escape from the everyday and discover what happens when women are ready to get totally outrageous, this book is for you.

With new stories by beloved authors including Joanna Angel, Balli Kaur Jaswal, CD Reiss, Sierra Simone, and Sabrina Sol, along with newcomers to the genre, you’ll savor every sizzling page.

"One of the most powerful feminist icons in the adult industry." – Pacific Standard Magazine Joanna Angel is an adult film star, director, producer, author, and owner of the BurningAngel Empire, the company known for the emergence and prevalence of tattooed women in the adult film industry. Angel started her business in a college dorm room at Rutgers University in 2002, and today the company has a network of websites, hundreds of DVDs to its credit, and over 50 adult industry awards including Best Pornstar Website, Best Comedy, and many more. In 2016 Angel was the host of the Adult Video News (AVN) Awards show, and was also inducted into AVN and the American X-Rated Critics Organization’s (XRCO) hall of fame. Angel has appeared in every major adult magazine (Adult Video News, Club, Hustler, Picture Magazine, and Penthouse to name a few), and she was the first tattooed centerfold in Hustler. She has stormed mainstream TV and radio outlets, has been featured on CNBC, Vice TV, G4TV, KROQ Radio, SIRIUS Radio, TLC’s LA Ink, and had a speaking role on Adult Swim’s Children’s Hospital. Angel has appeared in the New York Times, Newsweek, The Village Voice, Forbes Magazine, New York Press, Esquire UK, Details, and is a regular columnist for AskMen.com. Heeb Magazine featured Joanna as their cover girl, naming her one of the “Top 100 Up-and-Coming Jews.” The New York Post featured her as one of the “Top 25 Sexiest New Yorkers,” and she has made CNBC’s yearly “dirty dozen” (a list of the twelve biggest adult film stars) several times. Angel also made her mark in the sex toy world, becoming a Fleshlight Girl and creating a BDSM line of toys with JT Stockroom. Joanna Angel is a self-made star who has made her mark on the industry, and this is only the beginning!