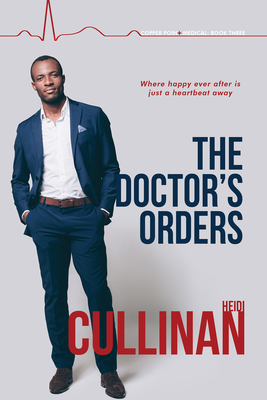 This is book number 3 in the Copper Point Medical series.

Sequel to The Doctor's DateCopper Point Medical: Book Three Once upon a time Nicolas Beckert was the boy who stole kisses from Jared Kumpel beneath the bleachers, but now Jared’s a pediatrician and Nick is the hospital CEO who won’t glance his way. Everything changes, however, when they’re stranded alone in a hospital elevator. Ten years of cold shoulders melt away in five hours of close contact, and old passions rekindle into hot flames. Once out of the elevator, Jared has no intention of letting Nick get away. It’s clear he’s desperate for someone to give him space to let go of the reins, and Jared is happy to oblige. But Jared wants Nick as a lover in a full, open relationship, which is a step further than Nick is willing to go. They’ve traded kisses under the bleachers for liaisons in the boardroom… and it looks like the same arguments that drove them apart in high school might do the same thing now.  Jared’s determined not to let that happen this time around. He won’t order Nick from his shell—he’ll listen to what his friend says he needs to feel safe. Maybe this time he can prescribe his lover a happy ever after.