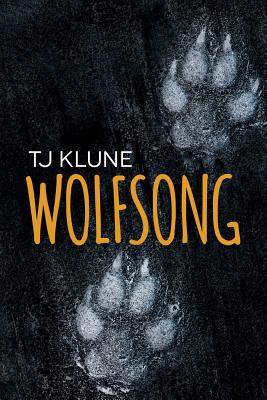 By TJ Klune
Email or call for price.
Special Order

This is book number 1 in the Green Creek series.

Ox was twelve when his daddy taught him a very valuable lesson. He said that Ox wasn’t worth anything and people would never understand him. Then he left.

Ox was sixteen when he met the boy on the road, the boy who talked and talked and talked. Ox found out later the boy hadn’t spoken in almost two years before that day, and that the boy belonged to a family who had moved into the house at the end of the lane.

Ox was seventeen when he found out the boy’s secret, and it painted the world around him in colors of red and orange and violet, of Alpha and Beta and Omega.

Ox was twenty-three when murder came to town and tore a hole in his head and heart. The boy chased after the monster with revenge in his bloodred eyes, leaving Ox behind to pick up the pieces.

It’s been three years since that fateful day—and the boy is back. Except now he’s a man, and Ox can no longer ignore the song that howls between them.

When TJ Klune was eight, he picked up a pen and paper and began to write his first story (which turned out to be his own sweeping epic version of the video game Super Metroid—he didn’t think the game ended very well and wanted to offer his own take on it. He never heard back from the video game company, much to his chagrin). Now, over two decades later, the cast of characters in his head have only gotten louder. But that’s okay, because he’s recently become a full-time writer and can give them the time they deserve. Since being published, TJ has won the Lambda Literary Award for Best Gay Romance, fought off three lions that threatened to attack him and his village, and was chosen by Amazon as having written one of the best GLBT books of 2011. And one of those things isn’t true. (It’s the lion thing. The lion thing isn’t true.) Facebook: TJ Klune Blog: tjklunebooks.blogspot.com E-mail: tjklunebooks@yahoo.com