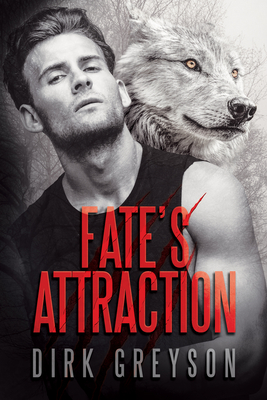 Vladimir Corelia is the second son of the pack alpha. He’s happy with his role in the pack, but it seems the fates have other ideas. When the man he finds living in a cave, caring for a shifter baby and a litter of wolf pups, turns out to be his mate, it begins a chain of events that puts the whole pack in jeopardy.

Frankie Bowers can’t remember anything except a powerful sense of danger.  He only knows he can’t go home. With no way to defend himself, he has to rely on Vladimir, a perfect stranger who happens to be his mate, to protect him and the young he’s looking after.

While Vladimir and Frankie’s attraction as mates grows stronger every day, so does the threat to their relationship—and to the pack. As Frankie regains his memory, the threat grows more and more ominous. Vladimir and Frankie must rise to the challenge if they hope to have any chance at the future the fates might have in store.

Dirk is very much an outside kind of man. He loves travel and seeing new things. Dirk worked in corporate America for way too long and now spends his days writing, gardening, and taking care of the home he shares with his partner of more than two decades. He has a master’s degree and all the other accessories that go with a corporate job. But he is most proud of the stories he tells and the life he’s built. Dirk lives in Pennsylvania in a century-old home and is blessed with an amazing circle of friends.
Facebook: www.facebook.com/dirkgreyson
Email: dirkgreyson@comcast.net