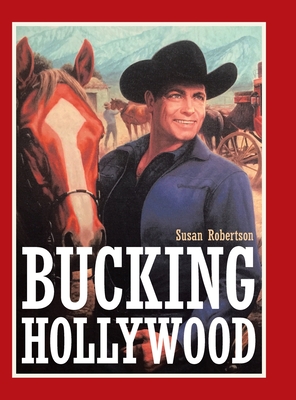 A unique and gifted actor once bucked the system in Hollywood. This is the life story of movie and TV actor Dale Robertson, told by the person who knew him best: his wife, Susan.

Susan says she is not a professional writer but wanted to write this book totally herself with her own thoughts, ideas, time frame, and no ghost writer. She laughs when someone says, "Well, you are a writer now."

As she states in the book, Dale would joke when someone would approach him to do his autobiography. He'd say, "Not now." It was because he did not know how it ended. Also he would remind them of all the thousands of interviews he had done over the years and to "let the younger actors do these interviews now." Because the autobiography had not been done, Susan wanted to do it to help in some way to preserve his legacy.

Susan now resides in San Diego, California, to be closer to family and hopes folks will enjoy the book. She knows her husband better and that he did not compromise himself in the film industry and in life.